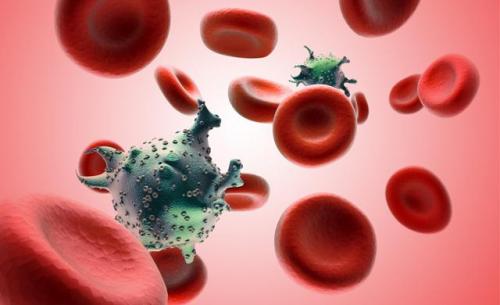 Have We Found A Cure For HIV / AIDS?

HIV is treatable, but can it be wiped out for good? Click here to find out if 2016 will be the year we find a cure for HIV/AIDS.

Last month, Charlie Sheen came clean. During an interview on the TODAY show, Sheen admitted that he was diagnosed with HIV four years ago. According to his doctor, Sheen's daily dose of HIV medications has suppressed the virus down to undetectable levels. As long as he keeps up with his meds (and curbs his drug and alcohol addiction), the disgraced celeb could live a long life.

But will Sheen, and the 36.9 million people living with HIV worldwide, ever be cured of the virus?

Maybe, but not in the near future. Here's why we're a long way off from finding a cure for HIV/AIDS.

Before we talk about a cure, let's go over the most critical facts about HIV and AIDS:

HIV is not AIDS.

Human Immunodeficiency Virus (HIV is a virus that destroys the body's immune system. Acquired Immunodeficiency Syndrome (AIDS) is a condition caused by the HIV virus. AIDS is the final, deadly stage of an HIV infection.

HIV symptoms can be difficult to detect.

AIDS is the killer.

When someone contracts the HIV virus, their immune system produces antibodies that can fight off the virus for 5 to 10 years. However, if the infection goes untreated, HIV progresses to AIDS, and life expectancy drops significantly. The body's immune system becomes so weak, it can't fight off infections. As a result, AIDS patients typically die from illnesses like tuberculosis, pneumonia, and certain types of cancer.

HIV-positive patients must take a daily "cocktail" of powerful medications. Treatment can slow the virus or diminish it to "undetectable" levels in the bloodstream (as it has for Charlie Sheen). However, HIV treatment can't completely wipe the virus from the body.

Is There An HIV Cure?

Not yet. But there's hope. Since the AIDS epidemic hit the U.S. in 1981, scientists have made huge strides in helping HIV patients live long, healthy lives.

Timothy Brown, a.k.a "the Berlin Patient," is the only person with a documented 'cure' for the HIV virus. Brown had leukemia. He received a bone marrow transplant from a donor with a genetic mutation that makes their immune cells resistant to the HIV virus. During the transplant, Brown's infected cells were replaced by healthy, HIV-resistant cells. Seven years later, Brown is still virus-free.

The "Barcelona Patient" contracted HIV in 2009. He received chemotherapy and a blood transplant from an umbilical cord whose donor had a genetic mutation for HIV resistance. Although the Barcelona patient eventually died of lymphoma cancer, his transplant kept him HIV-free until his death.

Based on the Barcelona patient's transplant success, Spanish researchers hypothesize that an HIV cure could come from blood transplant donors with a genetic mutation for HIV resistance. (This genetic mutation occurs in about 1% of the population.) In 2016, Spain's National Organization of Transplants hopes to begin similar treatments for the first of five cancer patients with HIV.

Have You Been Tested?

Even when the virus is considered undetectable, HIV cells can still take cover in hidden "reservoirs" in the body. As soon as a patient stops taking their medications, the virus will reappear.

That's why, if you're HIV positive, you have to take your medications every day. (And make sure you have a health insurance plan. that helps you pay for your meds.) If you're not sure about your HIV status, get tested. Under Obamacare, your insurance plan provides free HIV and STD testing.

Thirty years ago, an HIV diagnosis was a death sentence. Now, medical treatment can help HIV-positive patients live up to 80 years. We're a long way off from finding a cure. But when you practice safe sex and get tested regularly, you can do your part to fight the spread of HIV/AIDS.