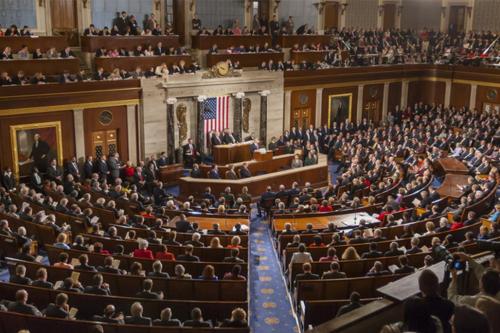 House And Senate Votes - Where The AHCA Fell Short

The following details the ongoing push for the healthcare reform, including just how the AHCA House and Senate votes caused it to fall shorter than the GOP could have anticipated.

Since House Republicans introduced the American Health Care Act (AHCA) in early March of 2017, the combination of bills had quite the uphill fight. Opposition was to be expected considering that the entire thing was a plan to repeal and replace the Affordable Care Act (ACA) while also providing the Senate Republicans with a passage for other proposals in the future.

Proof of the struggle the AHCA had could be seen by just examining the process it went through in both the House and the Senate. The following details the ongoing push for the healthcare reform, including just how the AHCA House and Senate votes caused it to fall shorter than the GOP could have anticipated.

On March 7, 2017, Republicans first brought the AHCA to the House of Representatives. In spite of the obvious public support from the Trump Administration, signs of the eventual struggle it would have were revealed once it was approved in the Committee without it being sent to the Congressional Budget Office (CBO). Sending it to the CBO came standard for any bills, so this Health Care Act already began to face opposition.

No matter the opposition from Democrats, Independents, and even some other Republicans, the Committee voted the Act to the Floor of the House. However, they did send it along with several recommended changes.

Though the AHCA House vote was scheduled to occur on March 24th, moderate House Republicans refused to vote “yes”. In addition to losing support from moderate Republicans, all House Democrats opposed the bill as well.

House Republicans had to secure support from 215 lawmakers out of 237, and with the holdouts from the moderate Republicans, the AHCA vote count fell short. As such, it wound up being pulled from the Floor much to the dismay of House Speaker Paul Ryan and President Trump.

After about a week, with an amendment made, focus on getting the AHCA to the Floor returned. By April 25th, the MacArthur Amendment was pushed by Rep. Tom MacArthur. With this amendment in place, the Act gathered greater support from the ultra-conservative House Freedom Caucus, yet still saw hesitation from moderate House conservatives.

With all that said, the AHCA House vote drew nearer. Another amendment was introduced on May 3rd, the Upton Amendment, that also gathered some more support. Through a narrow margin, the AHCA House vote came out 217 to 213 in favor. They only just met the 216 votes required to pass along the bill.

It came to a surprise to many that the Paul Ryan-led U.S. House of Representatives pulled in just enough votes. As many people researched, discussed, and debated the possibilities on how the AHCA would affect them, the Act still faced some battles within the Senate.

As the AHCA reached the Senate, the many Republicans were already attempting to draft their own version of the Act along with new amendments. They released their first draft known as the Better Care Reconciliation Act of 2017 (BCRA) on June 22, 2017. This Act served as a means to replace the bill sent from the House if the Senate managed to pass it.

It only took a few hours to go by from the announcement of the BCRA for several prominent members of the Republican party to come out and openly oppose the AHCA Senate bill. Not long after on June 26th, the CBO released their report on the matter. Just a day later, the Senate postponed voting on it.

Rather than undergo the process to get an AHCA vote count in the Senate, the vote was postponed again on July 17th as Republicans still lacked support from their own side.

As it continued to be tweaked and adjusted, additional amendments cropped up in the Senate. By late July, both the “Skinny Bil”l (Health Care Freedom Act) and the Obamacare Repeal Reconciliation Act (ORRA) came into play.

On July 25th, the AHCA Senate voting began with the BCRA failing to receive the necessary amount of votes. The next day, the ORRA was also voted down. On July 27th, the AHCA Senate bill witnessed another blow as the “Skinny Bill” failed. Much of that loss was due to the lack of true understanding about what the bill entailed as well as that it could potentially cost millions of people to lose insurance.

Eventually, yet another amendment came out on September 8th known as the Graham Cassidy Bill. However, by the end of the month, it was pulled before ever being voted on.

Wrapping up the AHCA Vote Count

As there have been several attempts at pushing the AHCA, rounding up the AHCA House and Senate votes can provide a clearer picture as to just where the GOP gained and lost the upper-hand at various points during this fight.

For one thing, as noted before, the first time through the House, the AHCA lacked enough votes, holding a total of 215 out of 237. From there, they eventually managed to squeeze out a victory by gaining just one point over the necessary amount required to come with a total AHCA vote count of 217.

The Senate saw the most votes when it came to the fight for the healthcare reform bill. To begin, the BCRA witnessed defeat in a 43-57 vote. The ORRA fell in a 45-55 vote, and the “Skinny Bill” collapsed in a 49-51 vote.

Much of the AHCA vote count losses were contributed to various Republican Senators siding against their party. This is largely where the AHCA came up short as the GOP lacked vital support from their own side.