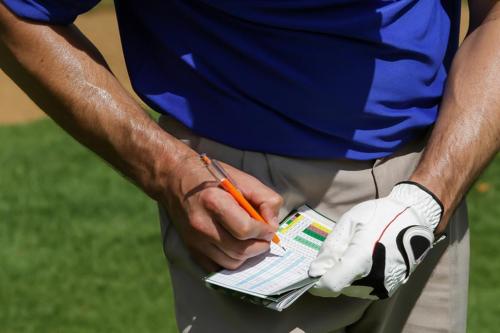 How the Congressional Budget Office Scored the AHCA

The American Health Care Act (AHCA), better known as Trumpcare, is a Republican effort to dismantle the Affordable Care Act (ACA or Obamacare).

The American Health Care Act (AHCA), better known as Trumpcare, is a Republican effort to dismantle the Affordable Care Act (ACA or Obamacare). If passed, this legislation would make major changes to the current healthcare landscape. The Congressional Budget Office has already released a report detailing the expected impact of the bill as well as its cost. The AHCA CBO score is far from favorable.

What Is the Congressional Budget Office?

The Congressional Budget Office is a nonpartisan federal agency within the legislative branch. The agency offers economic and budget insight for Congress to forecast the effects of Republican and Democratic legislative proposals, including health care plans. Economists have reached a consensus that the Congressional Budget Office has historically issued credible forecasts.

When Congress issues new proposals, reports by the agency are given significant weight by lawmakers, taxpayers, and the media.

In its latest score of the AHCA, the Congressional Budget Office found that it would reduce the federal deficit by saving $119 billion but it would cost about 23 million Americans their health insurance coverage. The report also found the bill could destabilize individual health insurance markets in some states which would leave people with pre-existing conditions unable to buy coverage. While it would reduce health premiums for some people, many would experience skyrocketing premiums.

What the AHCA CBO Score Says About the Deficit

The bright spot of the report is the estimated $119 billion deficit reduction the bill would support, although this is a dramatic reduction from previous versions of the American Health Care Act. The first AHCA CBO score found that the plan would have saved $337 billion over the course of a decade.

Most of these savings through the American Health Care Act will come from Medicaid, which offers health coverage for low-income households. The AHCA would cut $834 billion from the federal Medicaid program and reduce subsidies for individual health insurance to save an additional $276 billion.

These savings are dramatically offset by even greater cuts, including the repeal of many taxes with the ACA like the tax penalty for failing to buy coverage. The tax cuts would overwhelmingly benefit Americans who earn the highest incomes, according to the CBO.

Obamacare extended Medicaid to cover Americans who earn up to 133% of the poverty limit, increasing enrollment by 10 million people.

Uninsured Americans Under the AHCA

Another important component of the AHCA CBO score is the number of Americans it would leave uninsured. According to the CBO, the American Health Care Act would leave 23 million Americans without health insurance, a slightly smaller figure than the original 24 million the organization estimated. This would put the uninsured rate in the U.S. at 18.6%. Under the ACA, the uninsured rate would be about 10% by 2026, according to the CBO report.

More than half of the 23 million would lose coverage due to reduced Medicaid enrollment under the AHCA. Most coverage losses will occur in 2019 but, by 2026, there would be about 51 million uninsured Americans under the American Health Care Act compared to an estimated 28 million under Obamacare.

According to the Congressional Budget Office, the American Health Care Act could also affect coverage quality. Some Americans would likely buy insurance policies that do not cover major health risks. Because these policies would over skimpy coverage, the CBO considers them uninsured in the report.

The repeal of the individual mandate alone is anticipated to cost 13 million people health insurance, although some states are considering their own insurance mandate to offset this effect.

Cost of Health Coverage Under the AHCA

The AHCA would make health insurance prohibitively expensive for some Americans, the report found, especially those with pre-existing conditions. Under the health plan, states could easily get waivers that exempt them from some of the Obamacare provisions, including what which forms of coverage are considered “essential health benefits” and whether insurance companies could charge higher premiums for people with pre-existing conditions.

States that do obtain both waivers would create lower premiums for many people buying health insurance, although people with pre-existing conditions, including the elderly, would likely face very high premiums that could be impossible to afford. The report found also that waiving essential health benefits would make care more expensive for people with mental health issues, addiction, and pregnant women.

The Kaiser Family Foundation created an interactive map showing how the American Health Care Act could increase costs across the nation. A 60-year-old would likely see health costs increase in every state with the highest increase of nearly $20,000 in Nebraska.