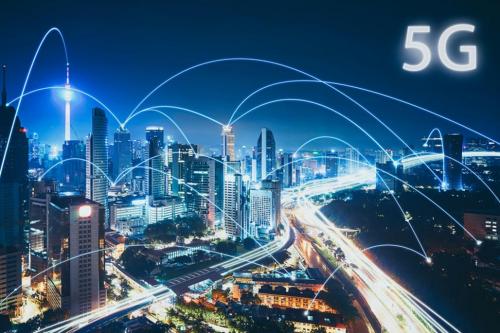 With incredibly fast 5G networks being rolled out, the internet has been abuzz with new health concerns. So, we’re taking a dive into whether or not you should be worried about the new technology.

With the introduction of the 5G network, we will be able to fulfill a lot of our desires for full automation. 5G doesn’t only open up the power of our cell phones, but it also opens up an entirely new world of possibilities for all kinds of uses for tech-related products and applications. However, the 5G health concerns that we will have to endure for this new emerging technology is still unclear.

What Exactly Is 5G?

5G is a software-defined network that can transform the internet by increasing the speed by up to 100 times that of our current 4G network. It will not replace cables entirely, but it will reduce our dependence on them by mainly operating on a cloud-based system instead.

The primary purpose of 5G will be to increase internet speeds and allow for faster internet connections over a wider area with faster response times for a more enjoyable internet experience.

How This New Technology Works

Our current 4G networks use millimeter waves to transmit data over FM bands using high powered towers to send the signals over long distances. However, to open up more frequencies, small cell networks need to be created because opening up more rates means you need to use smaller millimeter waves. But, smaller millimeter waves have a hard time going through walls and other obstacles and are absorbed by trees and rain. That means we cannot use the current cell towers and must create new lower powered small cell base stations that are installed closer together.

The small cell base stations are used as relay stations to transmit data around the obstacles to the currently available central tower. Moreover, 4G towers only have about a dozen antenna ports that handle all cellular traffic. With the use of massive MIMO ports, the towers can now process mobile data with over 100 antenna ports that will increase the speed of the data transmitted to and from the network.

Why We’re Being Warned Against Fifth Generation Radiation

In 5G with all of the signals being transferred all at once, we need a way to focus the data. That is where beamforming comes into the mix. Beamforming takes the packets of data that are bouncing around the small cell base stations, buildings, objects, and focuses it into individual data packets that are then sent to your specific cellular device. Once, your data packet has been sent or received; the 5G network will use full duplex by sending and receiving signals at the same time.

Dangers And Risks We’re Being Exposed To

The science behind 5G health concerns is how much radiation are we being exposed to and does it have any harmful effects on our DNA. Every day we are being exposed to it from Radio Waves, Microwaves, Infrared, Sunlight, Ultraviolet, X Rays, and Gamma Waves. The significant risk, according to the scientists, is how much do the cell phone towers emit and at what level of exposure will cause an illness?

The answer depends on two significant factors, the speed at which the wave travels and the energy levels that it emits.

Have Scientists Debunked These Claims?

Some scientists have determined that the radio wave spectrum of the cell phone towers do not emit enough radiation to penetrate the human layers of skin. They have also determined that the Hertz level of the 5G network is low enough that it will not cause permanent damage to our DNA.

Is There An Environmental Impact To Worry About?

For 5G to become a reality over 300,000 new cell phone towers will have to be installed. That is equal to the same amount of 4G towers that have been established over three decades, which means that the towers will be in every neighbored across the globe.

For this reason alone, it has property owners worried about their property values because every single wireless carrier is now installing their own small cell base station towers every few miles to make 5G work. That means attaching them to existing utility poles and light poles, bringing them literally to their front yard, and most homeowners are expecting their property values to decrease by twenty percent.

5G health concerns are real, and this is new territory, and no one knows the answers to many of the critical health issues and the environmental impact that 5G will have on the world.

The wireless companies will have the equipment ready for 5G by 2020, but as always the technological devices will be slower in coming as companies research new ways to create methods to utilize the latest technology which isn’t expected to be completely available worldwide until 2025.